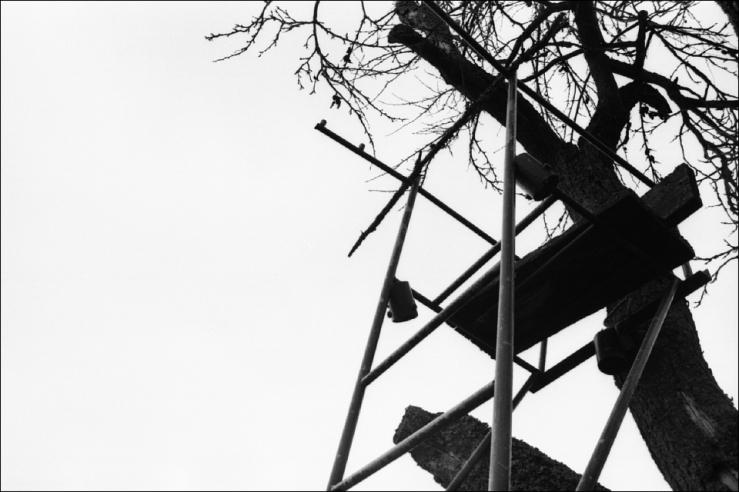 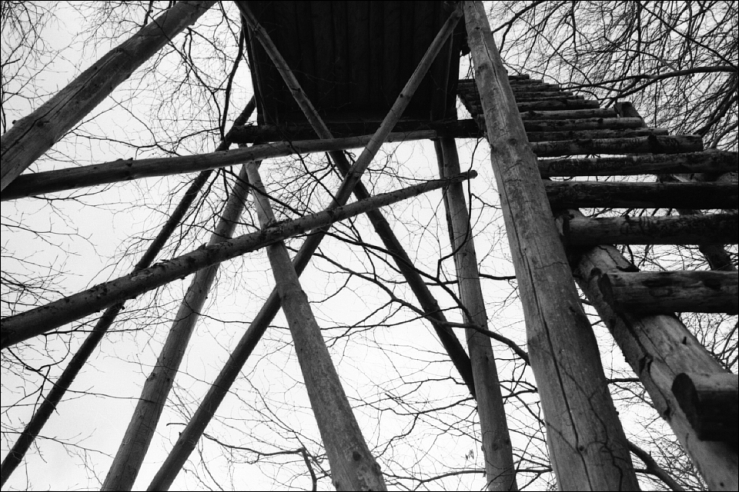 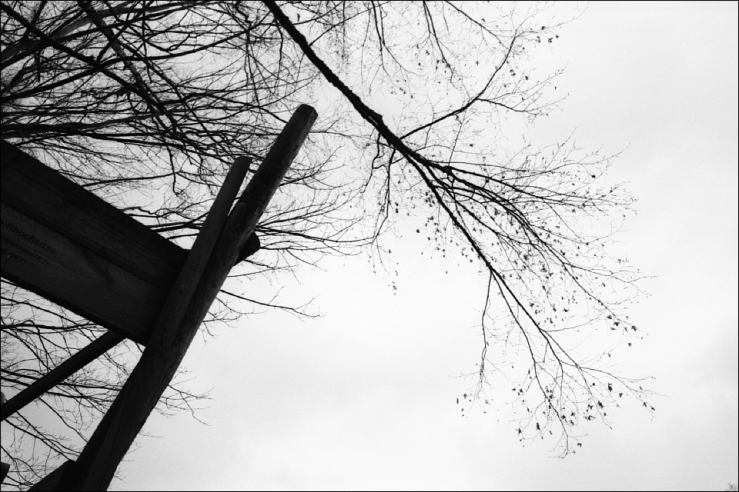 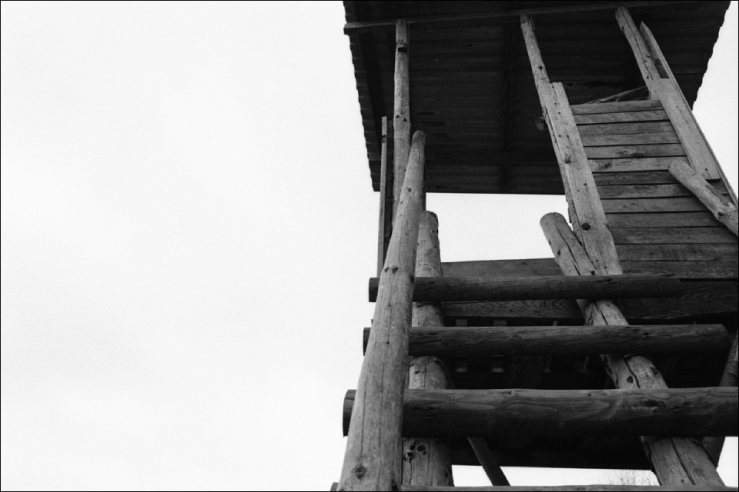 Is there any wilderness left? With a camera and its frame you can make believe there is, and on some occasions I roam the nearby meadows and forests to do exactly that. But every once in a while I not only happen upon felled trees and tyre tracks but also upon raised hides. They actually tend to get in the way, eliciting the exasperated sigh, “another one!”

Following the maxim to make that which disturbs me part of the picture – or even the picture’s sole subject – I decided to photograph the raised hides themselves. They seem to lend themselves to a ‘graphic’ treatment, to trying out various compositions.

I am always interested in what I like to call fleeting architecture: Tents, scaffolding, construction sites – and also, less fleeting, industrial facilities. They all seem to embody the essence of the ‘form follows function’ principle, their utter lack of aesthetic ambition bringing forth a very own kind of aesthetics.

If all goes well, these pictures will convey a sense of typology: Although these ‘buildings’ are in the hinterland, the series’ title might well be Le città e la caccia which I think sounds good and which I also think would pursue the idea of describing a place focusing on some of its isolated aspects.