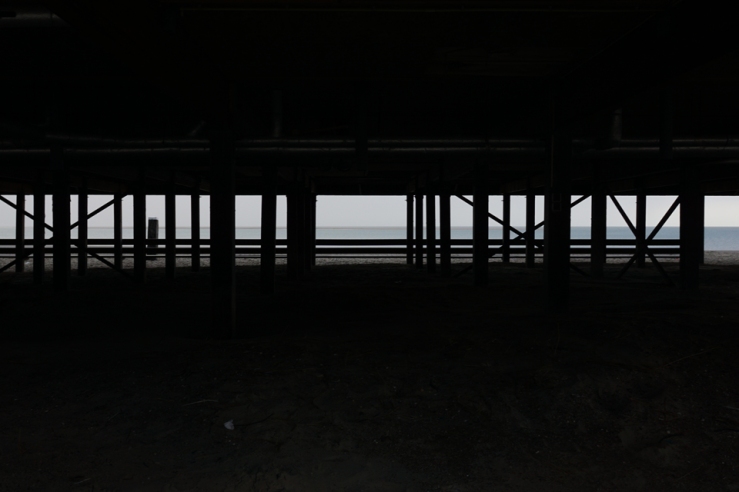 Same scene, different pictures, and I do not know which one I prefer. So I decided to show them both, trying to prove the point that – as has been noted – that it is the difference that makes the difference: Both appeal to me, but for different reasons.

I looked at the original picture (bottom) and asked myself if it would look more ‘radical’ if I cropped the black parts to the left and right, letting the ocean view running past the margins of the picture. Now that seems to make the picture more difficult. There seems to be some hint that the world continues beyond the frame of the picture, and in some way the picture seems to correspond with its surroundings – the white background of the page – more openly.

In comparison, the original picture might be more conventional. The bright parts can be seen as a picture within the picture, and it is almost neatly framed – almost: The left part of the frame shows a post, its shapes are just visible. And the left side of the frame is also a bit “heavier” than its counterpart. It seems like this picture offers more information it is possibly more restful, suggesting that what we see is a whole complete in itself. It might be more affirmative.

Writing this, I realize there is a bias – but I really wanted to say that these are not just two more or less identical pictures of a piece of ocean, seen through some posts, but that form makes quite a difference, not necessarily between ‘good’ and ‘bad’ one, but in content. 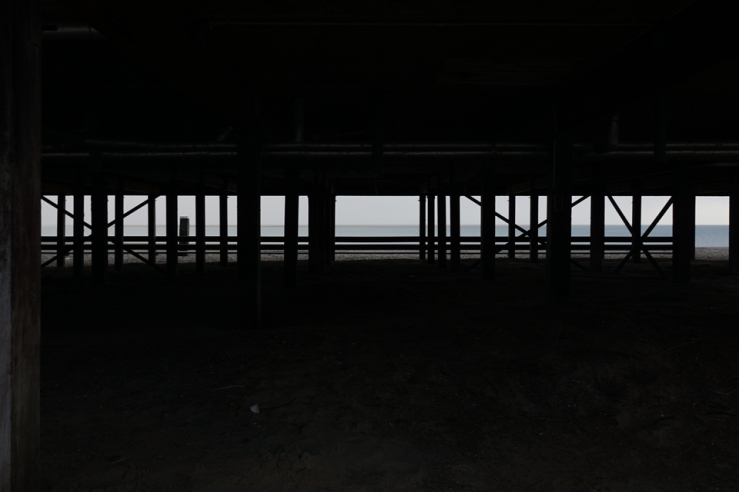