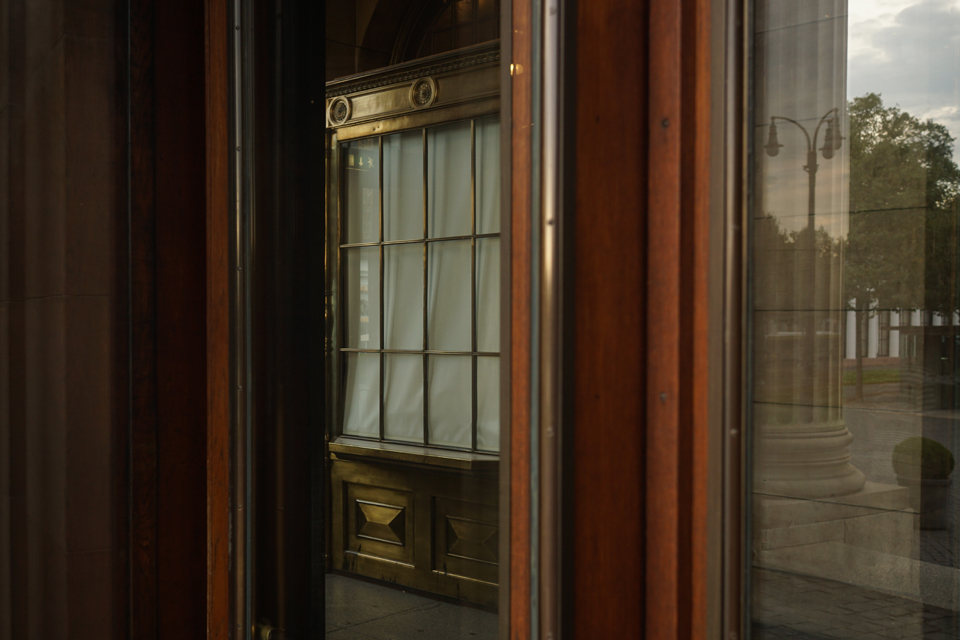 (Deconstruction) was how it read in the blog. That was a while ago, and the blog is called Lost in Translation, evocative for someone setting out to think about deconstruction. Jacques Derrida came to mind, and wait: What was it he taught again?

That question set me on a little adventure. I ventured into writing a short article on my understanding of deconstruction, then read about Derrida, tried again (failed again), read some texts by Derrida (failed better), started thinking about ways in which his ideas might be relevant to photography, to my photography, and am still wondering what deconstruction might look like in photography if the basis were Derrida.

Since this is an ongoing process, I would like to share those thoughts with you, from the start. I very much hope that my scribblings – because that’s what they are, really – might inspire you to question (or support) my attempts at understanding.

Destruction? Construction? Which is it? In the humanities, deconstruction is associated with the ideas of Jacques Derrida, and it’s not simple. But since my post is based on philosophical deconstruction – as I understand it – I’ll try to outline the idea.

Deconstruction is radical about questioning the premises of things we hold true. It is radical insofar as it always seems to shatter the very fundaments of rational thought. The simple reasoning goes something like this: Language inadvertently uses metaphor. Metaphor is always open to interpretation. Since even the most ‘coherent’ thinking is always based on language (hence on metaphor), its very premises must be subject to Interpretation (i.e. the ‘demasking’ of metaphors).

Well, if I write it like that, I can almost see Nietzsche leering round the corner. But there is a practice to the theory, and to me it seems like this practice aims at arriving at aporias (or undecideabilities, as they call it): The answer to the final final question concerning any philosophical problem remains open.

Against this Background, acting always requires a leap of faith. For example: How come the police, in enforcing the law, may act in ways that would be against the law for anybody else? Why may it use force to enforce something that – gernerally speaking – forbids the use of force? And it does not help to refer to a law that allows law enforcement to act in ways forbidden to others: What would be the underlying priciple? How about justice? Does the idea of justice really work when these question are at stake? And so on.

You can pursue these questions until you are ‘at the heart of the aporia‘. But what good would that do? I believe it’s basically an enlightenment thing.

So how do I incorporate deconstruction into a picture? Where’s the metaphor, the undecideability? 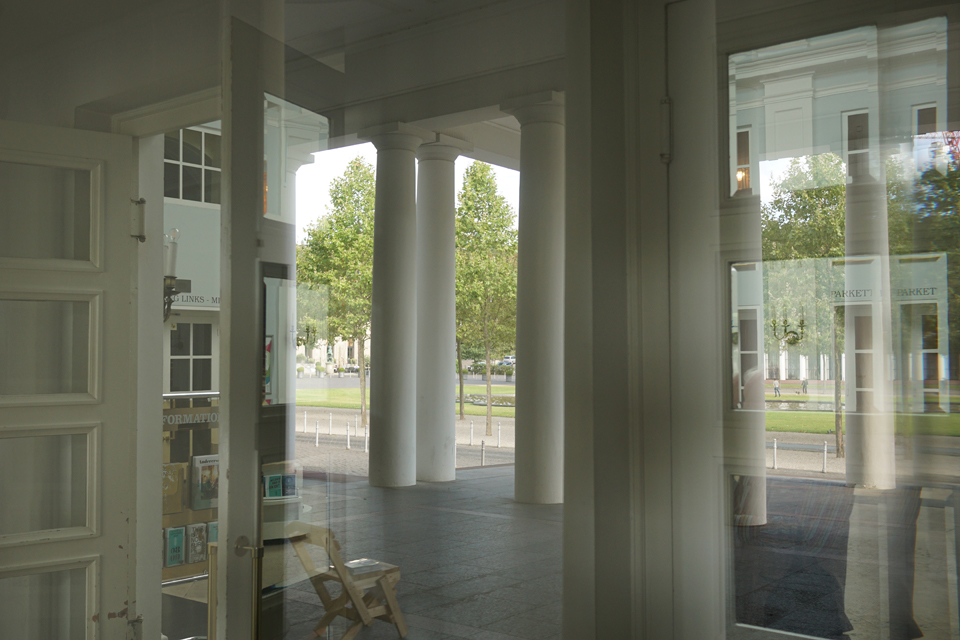 In my first attempt to describe philosophical deconstruction I was not altogether wrong – but I was not altogether right either. After reading some commentaries on the works and central concepts of Derrida, I realize that Derrida’s project involves ceaseless questioning: Words receive meaning because they differ from other words – not just in the sense in which “house” differs from “mouse” (by one letter), but also in the sense in which a house differs from a building, a palace, a mansion, a shed etc. These differences are defered, they never come to an end: No word is ever fully defined.

I read this nice thought experiment: You can look up the definition of a word in a dictionary, and then the definitions of the words defininig this word, and so on … and we would probably not arrive at a ‘full’ definition.

The question remains: How can pictures be linked to deconstructive activities? How can I show ‘never a full picture’? 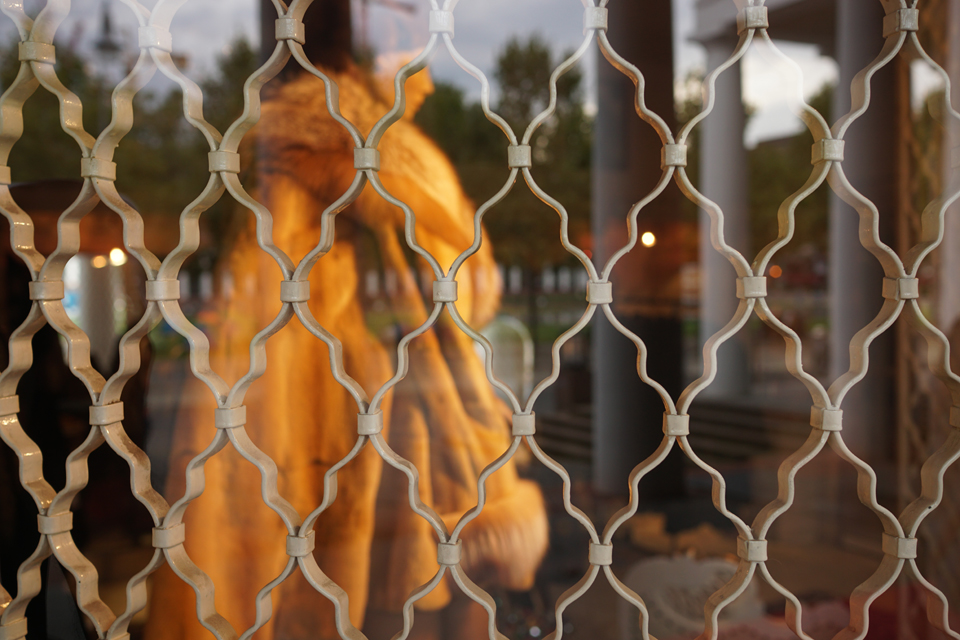 Does reality reflect the picture? In claiming the immediacy of the mind’s picture we say that the photographer’s chore is searching reality for just that constellation: Traditional thought describes the picture – as well as the mirror – as secondary to reality, although things changed a bit when it comes to paining. But when it comes to photography, we mostly live in the Platonic era.

I’ve always enjoyed the process of ‘thinking’ the picture before actually finding it. If we now apply deconstruction (the deconstructive process?) to pictures and their contents or to the acts of picture making and contemplating we might have to expand the field. Reality might be likely to represent pictures: When a sundown reminds us of a painting by Caspar David Friedrich or William Turner or Vincent van Gogh, we see it through the after-image of the painting.

And we see pictures through other pictures. Would a single picture be as menaningless as a single word? Can it be no less outside the world of pictures than a word can be outside the text?

Pictures are charged by reality, and reality is full of those objects we call pictures. 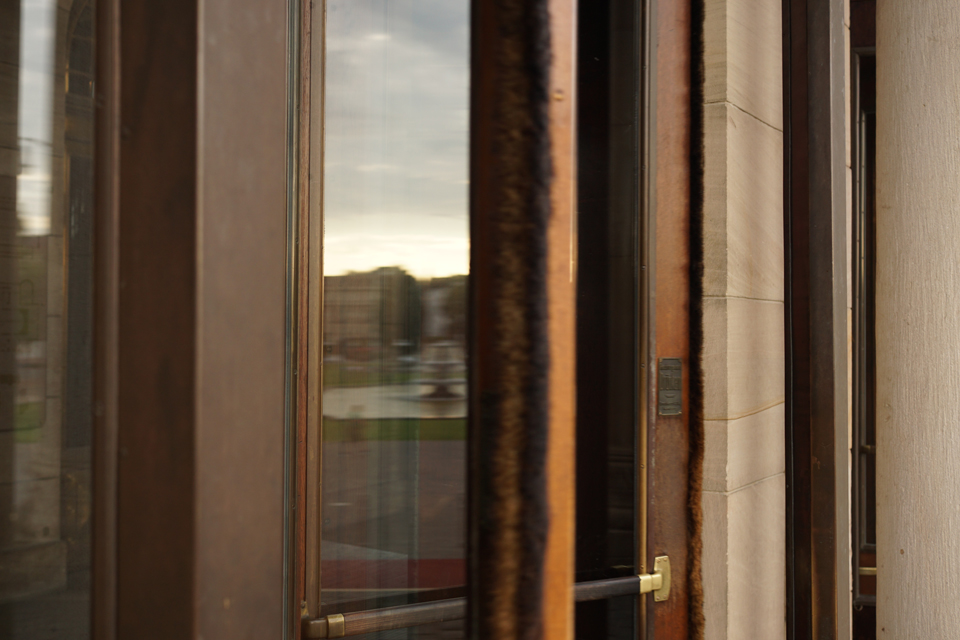 Digging Into the Digital Picture

Writing, I understand, has traditionally been regarded as a substitute for speech. While the latter is immediate, writing can only aim at speech: It is a signifier of a signifier, and hence to be regarded as secondary.

Derrida seems to question this very hierarchy, and one of the point he makes (if I understand correctly) is this: Our present knows of much writing that does not signify speech; think of mathematical “writings” (formulae, for example), think of cybertext. These examples made me to consider a very special type of writing: The invisible text (code) that “results” in the digital picture. Contrary to so many other texts, this one in radically absent, and if you are not an expert, it is quite difficult to dig it up.

It is an imperative because it tells the machine what to do: generate a picture on the interface. But what is the signifier, what is signified? What’s the connection between the object, the text and the picture? Do we get lost in translations – since, after all, those translations are not intelligible?