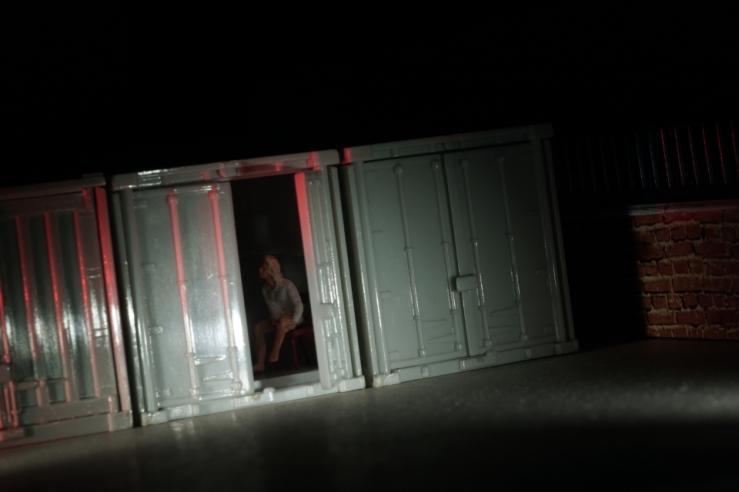 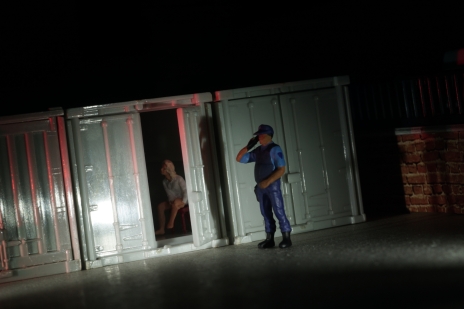 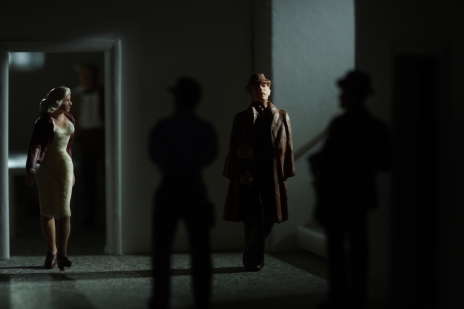 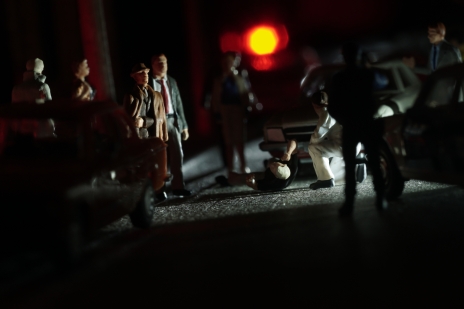 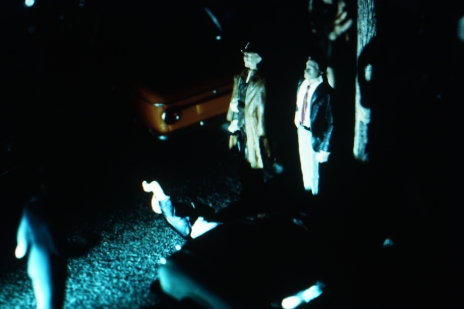 In August 2016, Austrian police discovered 71 corpses of refugees in the refrigerated container of a truck abandoned in a lay-by of a highway. This gruesome news story came to mind when I wrote a post about art and politics and tried to imagine what a ‘political’ yet ‘open’ toy photograph might look like. I am convinced humans should not be transported in containers, so there I went.

Experimenting with this setup, one thing lead to another: What if the police were there, canvassing the container terminal? What if they even apprehended a suspect? And what if questioning the suspect ended with a lawyer showing up, a lawyer who might himself be part of a trafficking ring?

“The idea behind this new series is to create a six image narrative that somehow tells a greater, more complete story than one image can. Your story can be a linear story, it can be a thematic story, it can be a story held together by technique. Whatever method you use, by combining six images, you’re able to tell a new story.  The hope is that you create a story that has a greater impact than only one single photo can have.”

Once I had set my mind on the conspiracy, I knew the story would not end after six pictures. So I decided on doing a six times six image narrative: The larger sequence was first called crime series, and the idea  was that each picture could be the equivalent of a single episode (on a very small scale) while each six image narrative might be seen as something like a season – and the total of pictures reminding us of the capacity of a traditional roll of 36 mm film. So much for the math.

Now I am squeezing this post in after I have come half way and realize many of you might wonder what it is they are looking at. Now you know the project … and I hope you’ll join me for the next round which will start in two weeks. It might be interspersed with other pictures, depending on the time the production of the last two ‘episodes’ will consume.

Should you be interested in seeing the whole story in one piece, please follow this link to my homepage.